Fly Racing began producing full-face helmets back in 1998, and at that time they were strictly a motocross company. More recently they’ve been making the push into mountain biking, with their products becoming more common on the trails, in lift lines, and at the races. Fly Racing have a number of highly successful motocross helmets, but they also understand that the needs of mountain bikers are unique. With safety, weight and airflow in mind, brainstorming about the creation of an innovative new helmet began a couple years back. The final goal? Helmet designer Jerry Lathrop did not mince words: "The lightest, safest, high-performance helmet available." The outcome, called the Werx Carbon, was just released in Whistler and we were on hand to take a sneak peek. 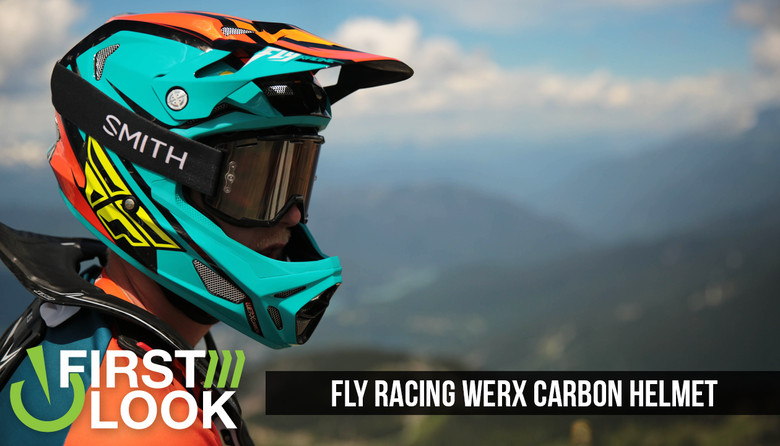 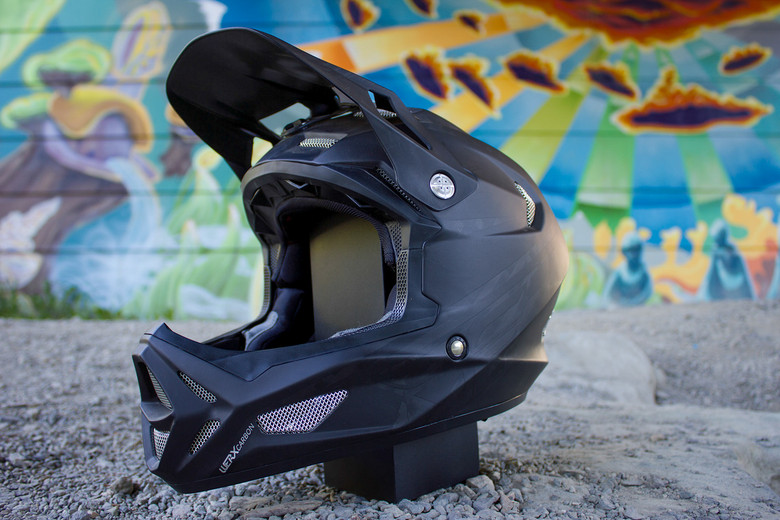 Our first impression of the helmet was weight, or lack thereof. Fly Racing clearly made every effort to reduce the mass of the Werx Carbon. The chin guard vents are molded carbon, vents are anodized aluminum rather than steel, and we noticed that extra material had been eliminated wherever possible. Fly Racing even chose to eliminate a portion of the cheek pad, leaving it L-shaped. They pointed out that not only was chin retention unaffected, but that it was lighter and cooler for riders. The feel of a helmet this light is great, but Lathrop also noted that crash impacts will be lower due to the reduced inertia of a lighter helmet. Fly Racing provided digital scales for verification, and 950g in a medium with MIPS is impressive. For the sake of comparison, the Troy Lee Designs D3 Carbon and the Kali Avatar II weigh in at 1,125g and 822g respectively, both without the MIPS system. 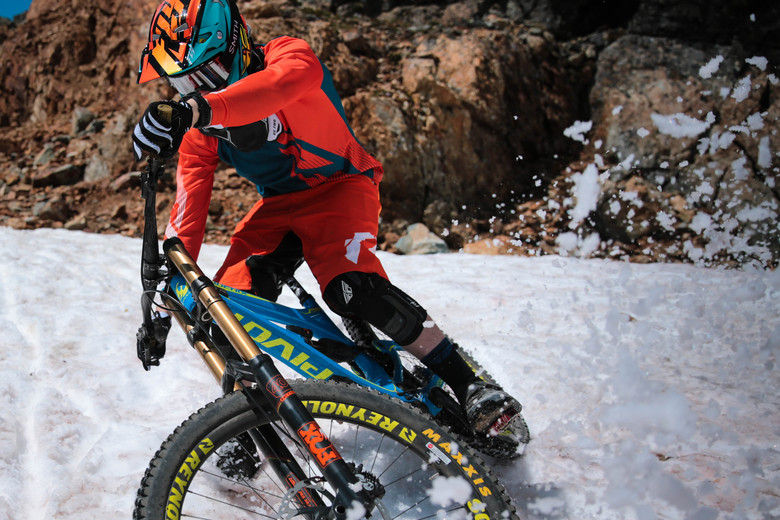 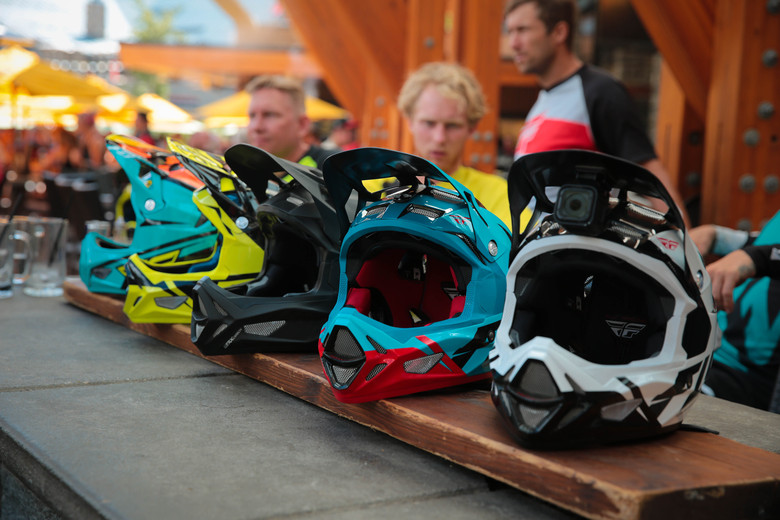 Airflow was clearly a consideration from the outset. The chin guard is extremely well ventilated without sacrificing strength. The goggle, brow and forehead areas also feature extensive ventilation ensuring that riders’ vision won’t be obstructed by sweat or goggle fog. With temperatures approaching the nineties, we chose to leave the helmet on throughout an entire day of riding and were pleasantly surprised by just how well it vents. 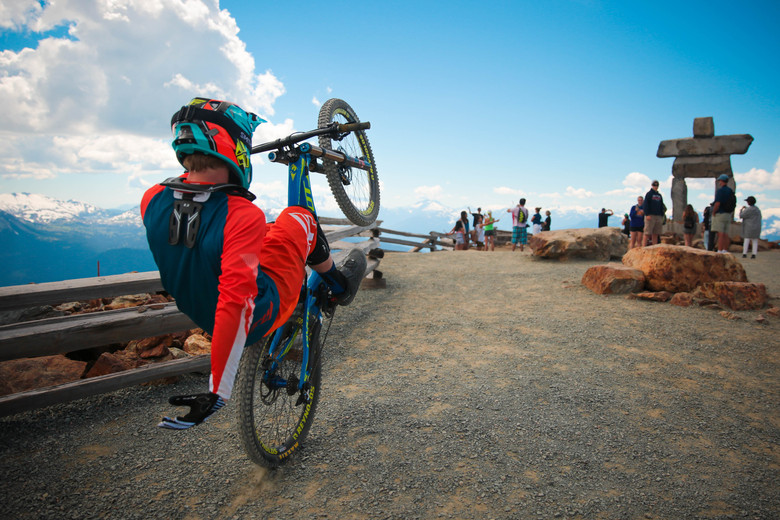 Under the hood the Werx Carbon continued to impress. Safety standards, MIPS, quick-release cheek pads, an anti-microbial liner, and compatibility with audio systems are all incorporated. Although uncommon in mountain biking, Bluetooth setups would definitely be an asset for instant feedback between athletes and coaches, or instant heckles from mates on the trail. After a full day of riding we had no pressure points, overheating, or discomfort of any kind. 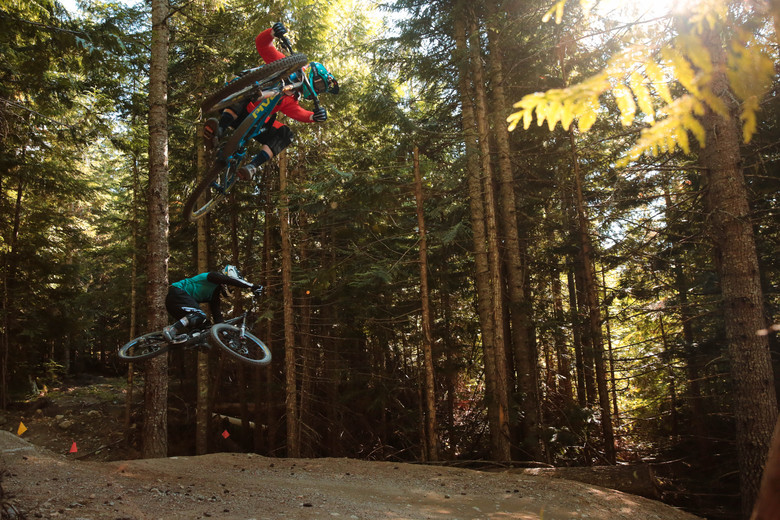 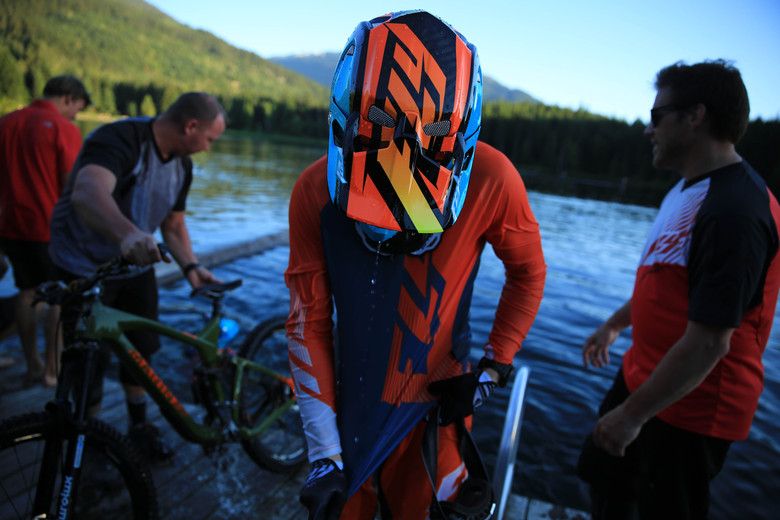 Although style is subjective, we like that the Werx Carbon reflects Fly Racing’s motocross roots. The design is original and sleek, but it still pays homage to their history. The helmet features ridges for goggle straps, flattened areas for helmet camera mounts, and seamlessly integrated ventilation. Peripheral vision is excellent and a variety of goggles fit snugly into place. Furthermore, the rear has been designed to allow more range of motion for neck braces – likely a result of input from Leatt sponsored rider Bernard Kerr. Colors range from murdered out to day-glow, so riders shouldn’t have a hard time finding something to suit their preference.

After just a day of use, we’re willing to say that the Werx Carbon deserves recognition. Safety, weight, comfort, and style are all there, and we were highly impressed by Fly Racing’s latest lid. 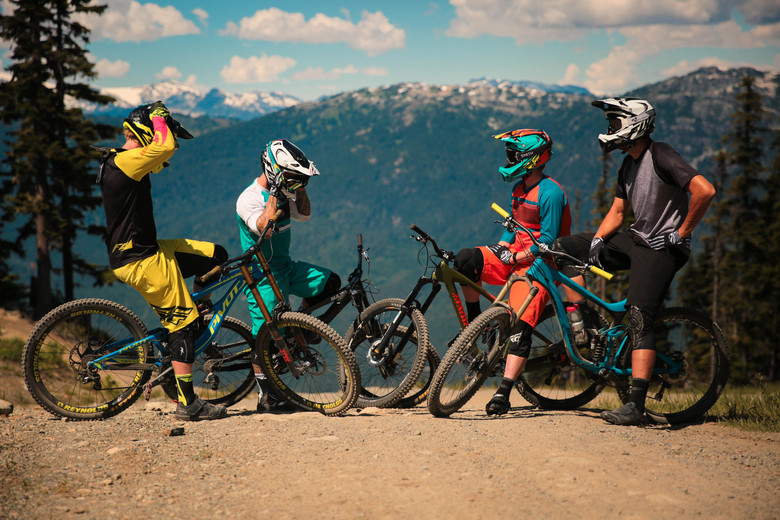 The Fly Racing Werx Carbon slots in at $449.95 USD for the MIPS version or $379.95 for the standard option. Helmets will be available starting October, 2016.

Bonus Gallery: 24 photos of the Fly Racing Werx carbon helmet up close and in action

Joel Harwood has been playing in the Coast Mountains of British Columbia for the last ten plus years. He spends his summer months coaching DH race groms in the Whistler Bike Park, and guiding XC riders all over BC. He dabbles in all types of racing, but is happiest while blasting his trail bike down trails that include rock slabs, natural doubles, and west coast tech. On the big bike he tends to look for little transitions and manuals that allow him to keep things pointed downhill rather than swapping from line to line. Attention to detail, time in the saddle, and an aggressive riding style make Joel a rider that demands the most from his products.

Compare to other Full Face Helmets

RELATED
Lone Bicycles’ Parabellum Enduro Bike Can Be Run Singlespeed, and with 27.5 or 29er Wheels
The Lone Parabellum enduro mountain bike is now available for pre-order. The 160mm-travel bike features adjustable geometry to accommodate 27.5 or 29er wheels, plus it can even be configured for&hellip;
www.singletracks.com
Canyon Pure Cycling Weekend
Canyon are hosting two whole days of Pure Cycling action at Forest of Dean!
www.moredirt.com
VIEW ALL >
...
MOTO
BIKE
Settings